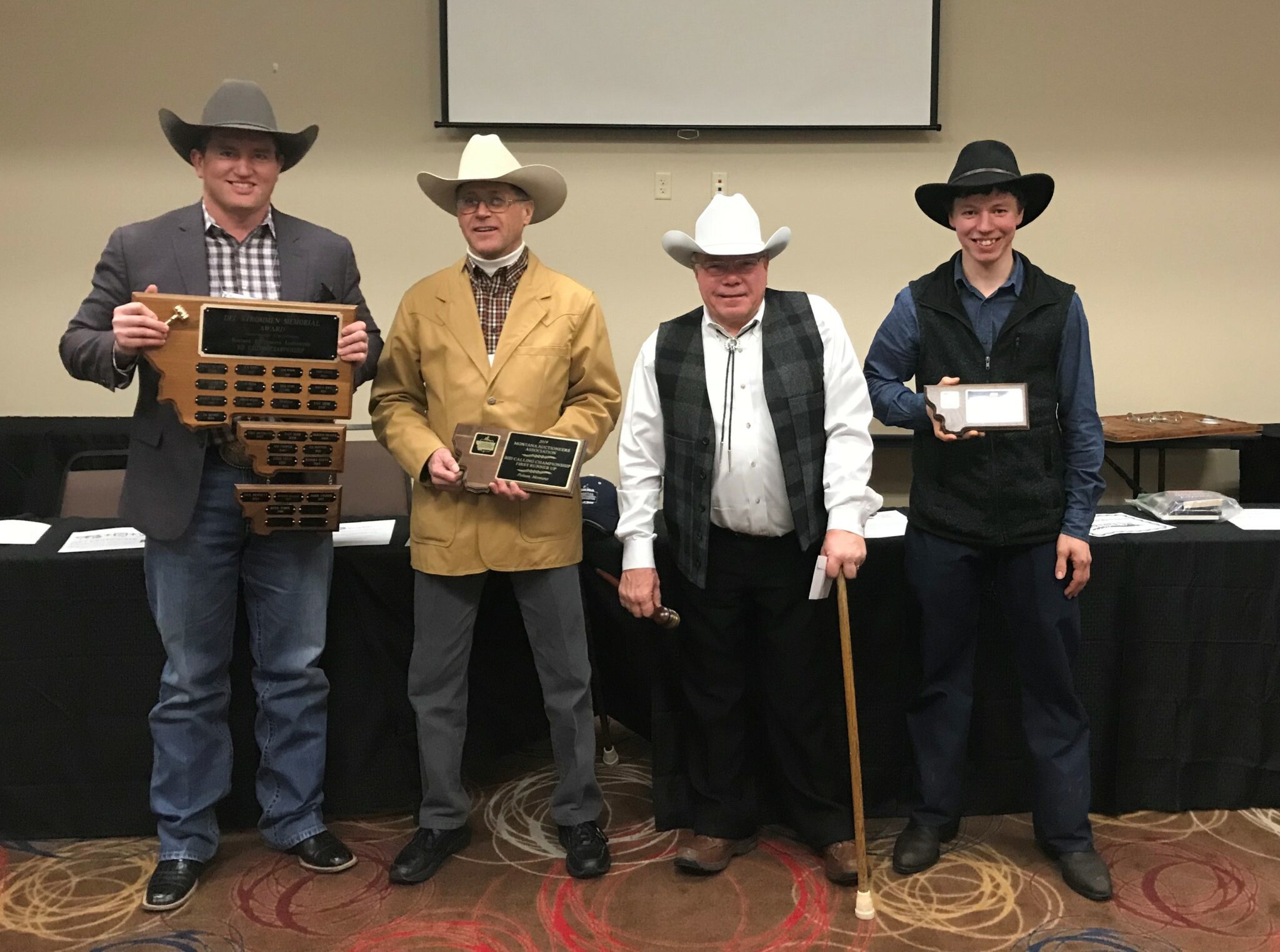 POLSON – Six points separated the top five finalists at the conclusion of the preliminary round during the 2019 Montana State Bid-Call Championship.

Twenty contestants competed for a champion title in the ballroom at the Red Lion Ridgewater Inn on Friday. The competition was held for the first time ever in Polson. Rivers West Auction hosted the convention. Each year, the Montana Auctioneers Association state convention moves to a different location around the state to bring attention to the auction method of marketing.

Contestants sold items in front of the general public during the live auction. Items included clothing, horse tack, home décor, tools and much more. These items were put together from local businesses, including CHS-Mountain West Coop, Westland Seed and Carquest of Ronan.

Five finalists returned to the stage in the final round and auctioned off three items. Montana’s Steven Goedert was not only named the new champion but was also competing in this contest for the first time. “What an honor it is to be here, friends,” Goedert said to the crowd.

Goedert joins a list of 25 other champions on the Del Strommen Memorial trophy that travels with each champion for their year. Goedert has been competing at the national level for some time now and has qualified for this year’s World Livestock Marketing Auctioneer Championship in Tulare, California in early June. He can be found selling at weekly livestock auctions in sale barns in both Dillon and Ramsey Montana.

Robert McDowell III of Butte was recognized as the first runner up with a plaque. Jayson Shobe of Lewistown was the second runner up, and Rookie of the Year was awarded to Daniel Yoder of Stevensville.

Five judges critiqued the contestants in four different categories, including introduction and appearance, clarity, rhythm and hiring probability. Buddy Westphal was one of five judges who sat through the contest Saturday night. Westphal, who owns Valley View Charolaise, holds a bull sale each spring at his western Montana ranch. “I have to say, I’ve been bringing an auctioneer from California for a number of years, but there are some good candidates right here.”

The two-day annual convention was busy from breakfast to dinner each day. Members of the association soaked up information presented by speakers from the National Auctioneers Association’s speaking panel. Tim Mast, Mike Brandly and John Hamilton were this year’s featured speakers who spoke about the keys to successful auctions, auction laws, negotiating and everything in-between.

During the Saturday meeting, it was decided by the members at large to host the 2020 event in Billings, Montana. Followers of the association can always keep updated on news, upcoming auctions and member information here at montanaauctioneers.org.

This year’s Bid Calling Championship Contest had high participation with 20 contestants in the Pro Division and 5 contestants in the Rookie Division. After some very tough completion Steve Goedert of Dillon, MT was named champion. Robert McDowell III of Butte was 1 st Runner Up and Jayson Shobe from Lewistown was 2 nd Runner Up. Daniel Yoder from Rexford, MT is the 2019 Rookie Bid Call Champion.

This year attendees were invited to participate in a Marketing Competition! There were 5 categories to compete in. The following winners were announced at the Awards Banquet Saturday evening: Poster/Color Brochure to Montana Auction Company. Kinsey Auctioneers & Real Estate won for the Company Booklet, Website, Black and White Advertisements and Postcard categories. 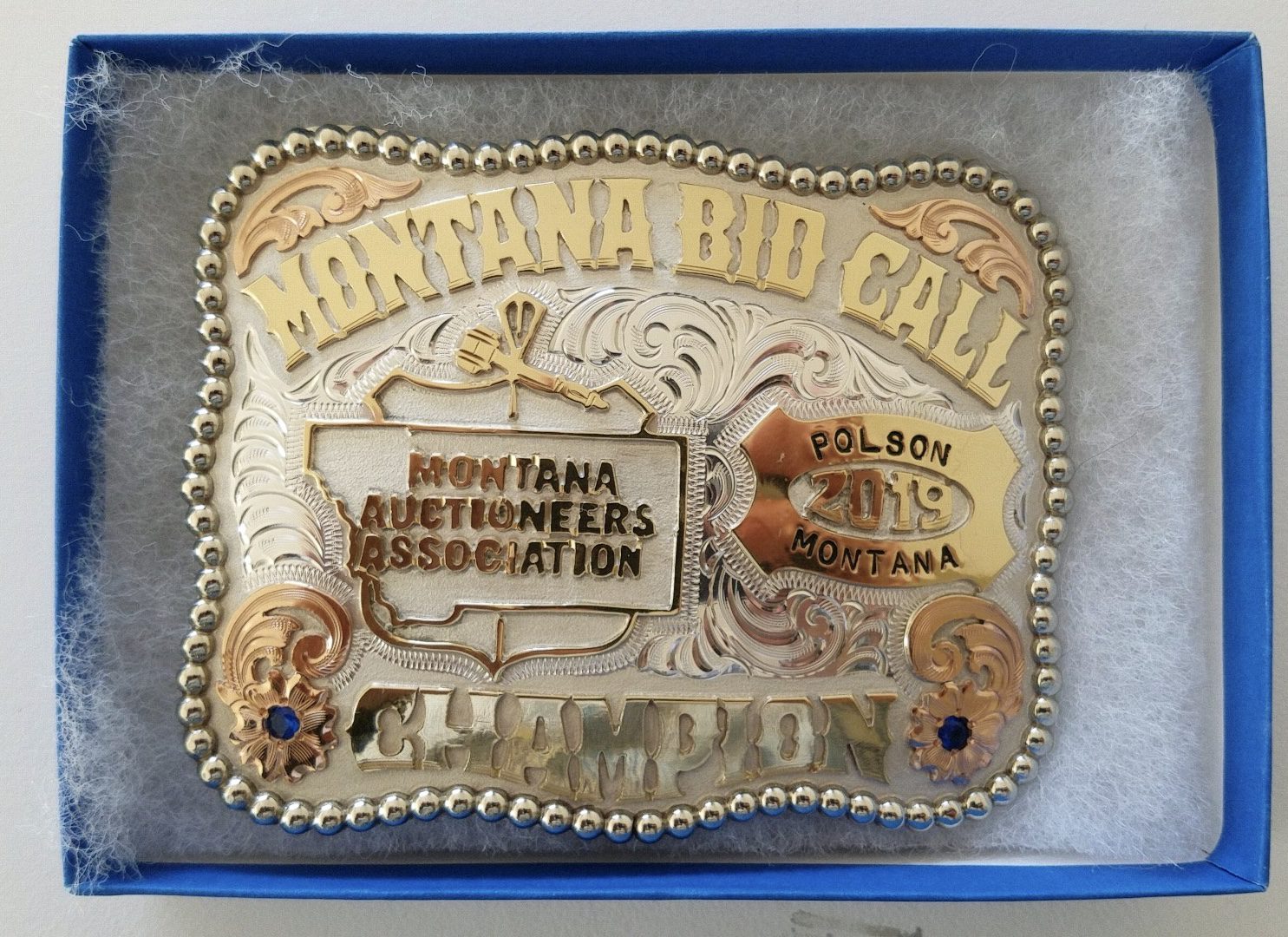 The wind blew our youngest auctioneer home today in time for tomorrow’s sale. And here is a message about the Montana Auctioneers Association ! Happy Auctioneers Week from all of us at Ophus Auction Company! ... See MoreSee Less

Day 4 of Auctioneer Week with Cole Morrison! So many reasons to hire an auctioneer from MAA. #AuctionsWork ... See MoreSee Less